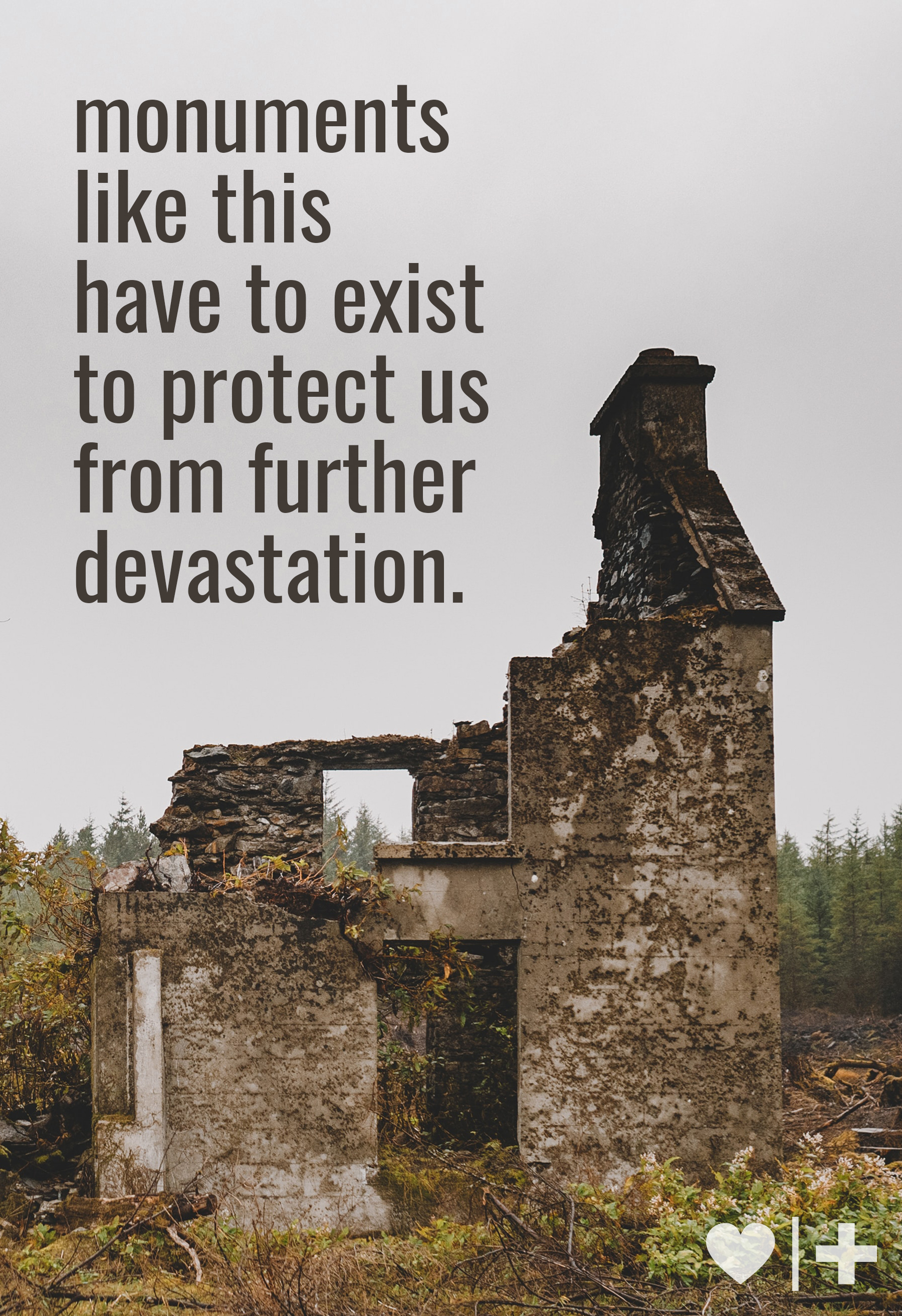 This past month, I had the opportunity to take a two-week trip traveling through Germany, Poland, Austria, the Alps, and the Czech Republic with my oldest daughter. Although I have journeyed to three of the other continents, I had never been to Europe. It was an educational trip, full of history about Jewish culture, the Nazi regime, and World War II. Growing up, I had an appreciation for history but never had great teachers on the subject. Because of this, I left for the trip excited, yet apprehensive and unsure of what I was to encounter. This would also be the longest period of time that my family would be separated, including my husband and I. I'm happy to say that we survived, and I think we are better for it.

Since we got back, I have been asked numerous times what I learned or what I was enlightened on during the trip. I am still absorbing and processing much of what we saw and experienced, but one very basic idea keeps playing out in my mind – restoring the wreckage – especially since my husband and I are in the middle of another "Disclosure Day" anniversary.

If you have ever been to any of the cities in Europe that were in the heart of World War II, the first thing that you'll notice is the cities' conditions. You could always tell if a building had existed prior to WWII because of its appearance–shrapnel, bullet holes, or destruction was evident on the mortar pillars and sides of many of these structures. This was the immediate evidence to know that the building was built before the war. Contrasted next to one of these very old buildings might be a beautiful, untarnished, new one. This mixture of beaten and blemished, next to unscathed and modern, was everywhere. There was a clear divide between what was then and what is now.

How true is this for each of our own lives? There is simply life before discovery and life after discovery.

We, as a couple, will never be able to recover or go back to the way life was before my infidelity. My choices left us in rubble; some things are frankly, ruined.Names, places, and dates involving my affairs exist in a very painful way. Although we are healing, there is a painful twinge that pierces our chests when we triggered by these reminders. Like the bullet holes in the buildings, I suspect they will always be there. They grow more faint with time, but nevertheless, they are continuously there and serve as a reminder of the devastation.

In other ways, now that we are two years out, I can see evidence of the newness from rebuilding our marriage. Restoration can occur. It has been a slow and tedious process, but the amount of debris that's been removed has been incredible, including my own dysfunction.

While on our European trip, one of the most relevant questions for each sight or city was what percentage of this place was destroyed during WWII? I find that question pertinent to our recoveries as well. Obviously, every couple's situation is different, but the magnitude of our marriage's destruction was intensified because I had two affairs – one emotional and one physical. If anyone will tell you they can heal on sheer willpower, I will be the first to jump up and down and yell, "NO!" Without an intense healing plan and a willingness to stick with recovery, history is doomed to repeat itself.

Which brings me to my other revelation from our journey through Europe. In every city or former concentration camp, designated places were left as is – in ruins. You will find a portion of the Berlin Wall just as it was during the time of communism, full of barbed wire, trip wires, and metal spikes in the ground. In the concentration camp of Birkenau, you will find a large pile of rubble, brick and ashes that used to make up the gas chambers and crematoriums. In the Alps of Austria, there's a place that is stripped to bare ground, with only a faint outline of Adolph Hitler's foundation. There is no memorial, no recreation of the structure, and nothing new has been built over it. Each of these places are haunting and desolate.

These hollow, desolate places touched me the most.

As a former unfaithful partner, I know that it's important to stand in the ruins and realize that I'm capable of catastrophic destruction – to sit in the reality that lives have been forever altered by my choices. The shame is not painful because it doesn't have as much of a hold on me, but it is painful in the sense that monuments like this have to exist to protect us from further devastation.

I keep the EMS Weekend room key in my wallet as a reminder. When I look at that key, I can instantly go back to how much pain we were in when we boarded our flight to go to Texas. It takes me back to the look on my husband's face when I disclosed everything I had done.

When I used to see my husband's pain, I wanted to shy away and run from it. I wanted to make it go away, or at least do something to fix it. I wanted to magically be good enough and make enough new memories to erase the pain. With time, I am less inclined to do that. I just sit in it. I see it. I feel it. I let it pull at all of the places in my heart until it grows heavy – until I ache. I then mourn in the rubble.

What a great analogy

So well put. I agree 100% that acknowledging and accepting the "rubble" that you created is the only way to make sure you never let yourself go to that same place that brought all the pain & suffering down on you & your betrayed partner. To look away from the pain you caused is editing history which will always lead to repeating itself. Thank you for your insightful article. Very helpful for the betrayed as well.

Thank you Cami. I appreciate

Thank you Cami. I appreciate your widsom and insight. It is always so helpful for me.

Elizabeth.
My husband and I look forward to your blog postings. Your writings are always insightful, honest, hopeful, and full of grace.
We had just finished watching Voddie Baucham’s sermon* on “Brokenness” when we read your post on Ruins, Rubble and Rebuilding, which aptly references the core message you presented here.
Thank you for being so open and offering a voice of providing understanding for both the hurt spouse and the once wayward spouse. God bless.
*https://youtu.be/GVow8rSQwiA

Thank you for sharing the

Thank you for sharing the video for us. Very insightful, and how God won't leave us in our brokenness. I wish you guys so much grace along the "off ramp".