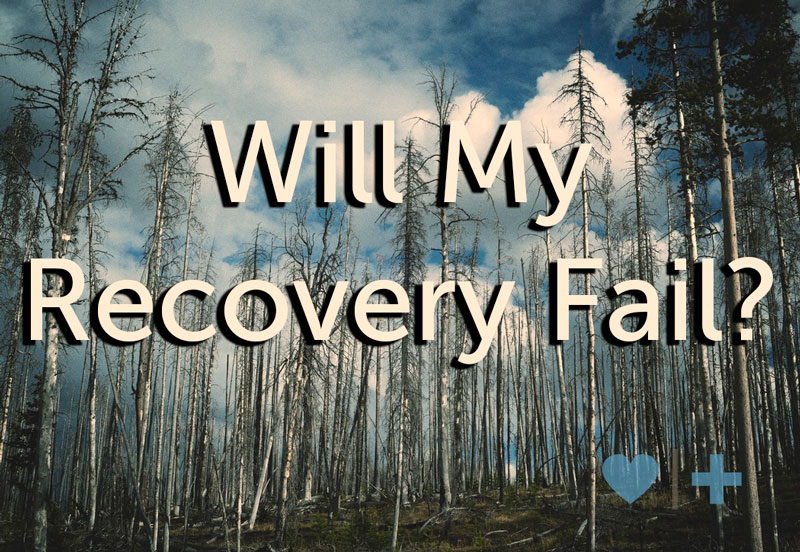 When my husband’s affairs were discovered just over two years ago I had all the predictable emotions; anger, confusion, agony, and so much more. Eleven days later when we decided to work on our marriage I still had those emotions but now I had fear:

On the one hand, I felt as if it was necessary for me to try and save our marriage for many reasons:

But on the other hand I was so afraid of trying and failing.

I did not want to go through this pain and heartbreak again.

Found in the Recovery Library is Rick's four part series, “Why Couples Fail After an Affair”.  I want to briefly hit the points of this article and compare it to my personal recovery journey.

Part One: Not Knowing What Happened

He states, “people naturally try to understand the events of their life. Until we are able to make sense of these events, a part of us continues trying to solve the mystery.” In the community forums betrayed spouses have said that they fill in the empty blanks of an affair themselves, sometimes making the situation worse than it really was.

There is no trust if truth is withheld from the betrayed.

This is what happened to the above mentioned couple. The betrayed wife felt there was more information, important facts, that her unfaithful husband was not telling. But he was adamant that there was nothing else to tell. For months she begged him to come clean. Even after our EMS Online class was over and we were in Married for Life she just knew there was something he was hiding. She was right. Months later she discovered the truth. The fact that he lied over and over to her when she begged him for full disclosure doomed their recovery.

Rick stresses that to move forward couples need to understand what happened. This means honest communication. He cites a study that states that

86% of couples who discussed the situation a lot were still married and living together.

This is what my husband and I did. We talked and talked and talked. I brought it up regularly and we hashed it out. He was completely forthcoming with answers. He didn’t hold back anything, no matter how embarrassing or shameful.  And this leads to the second statistic of the study, 86% of those whose partners answered all their questions were still married and living together.

Part 2: The Unfaithful Spouse Doesn't Understand What Their Actions Have Caused

They just don’t get it. My husband actually said that he knew what he did would hurt me but he never expected the deep pain, the intense agony, the complete heartbreak that his actions caused me. It took EMS Online for him to truly understand what his betrayal did to me. That changed his perspective on recovery and we were able to move forward much more effectively.

Particularly after an affair. Nothing hinders our journey to wholeness more than denial. How can you safely go forward if you can’t first accept the problem and then take action?

My husband had to accept that he has a character flaw big enough to justify betrayal. He told me that what he did was the most selfish thing a spouse can do to his/her mate.  He acknowledged that he’s the type of person who can cheat. I had to accept the fact that he’s not the moral person I thought he was. We both had to accept our reality. Affair Recovery taught us that we had been living a life of “pretend normal,” refusing to see ourselves for who we really are. Once our eyes were opened and we saw ourselves for who we really are we could move forward with true recovery.

Part 4: Failure to Grieve the Loss.

We cannot manage the pain of infidelity by trying to fix it, control it or understand it. We must grieve. I didn’t even know this was a step but let me tell you, grieve I did! I cried. I mourned the loss of the marriage I thought I had. I spent months in sorrow, wondering if there was ever going to be joy again. I finally realized that that my first marriage to my husband was gone. I grieved that loss.

But a new, better marriage has begun and it’s more honest than the old.

If you have committed to recovery with your spouse, you want to get it right. I sure did. And while success is never guaranteed I have hope that our future will be bright together. I have the same hope for you.

Thank you for your honesty in your writing and your willingness to share your story. I am also just over 2 years from D-day. However we bounced around for about a year before we found AR. The trauma of discovery opened a Pandora's box of trauma from childhood that has never been discussed or properly healed. So my recovery and the recovery of our marriage has had some huge bumps in the road. However we are both learning so much and working to have the marriage everyone thought we had. And we will be married for 25 years in October and together for 28. The grieving stage is very hard. Rick ain't lyin' we he says we suck at grieving. But I am seeing that it is the only way to true healing.

Thank you for your honesty in your writing and your willingness to share your story. I am also just over 2 years from D-day. However we bounced around for about a year before we found AR. The trauma of discovery opened a Pandora's box of trauma from childhood that has never been discussed or properly healed. So my recovery and the recovery of our marriage has had some huge bumps in the road. However we are both learning so much and working to have the marriage everyone thought we had. And we will be married for 25 years in October and together for 28. The grieving stage is very hard. Rick ain't lyin' we he says we suck at grieving. But I am seeing that it is the only way to true healing.

Coping with Infidelity: 6 Barriers to Recovery
Can you survive without a mentor?
Narcissism: Self Image vs. Self Love
Do You Know the Truth?
Relapse Prevention