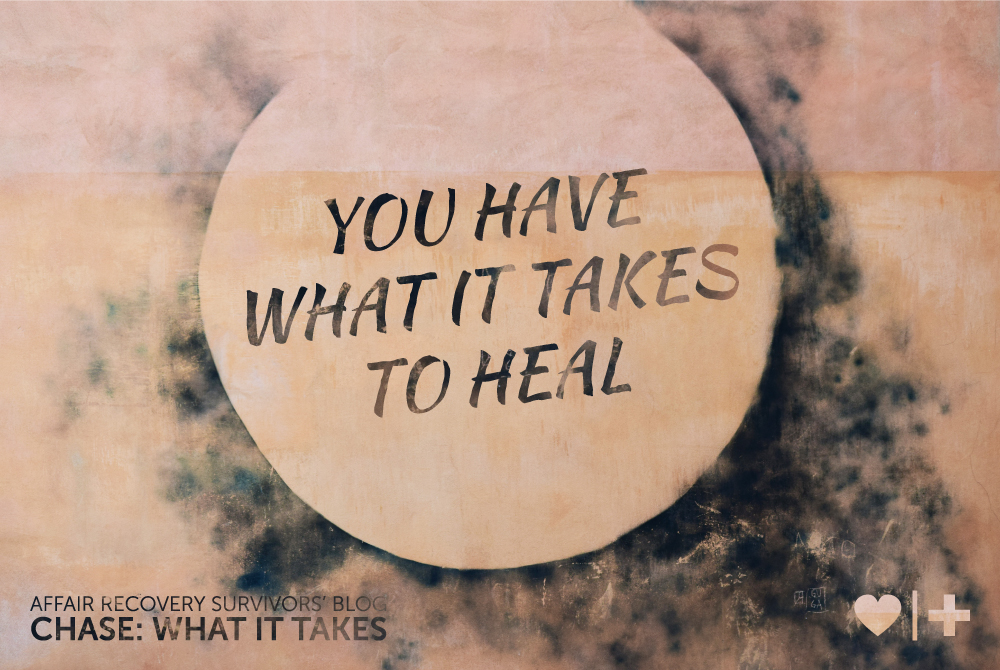 Around age 10 or 11 they finally allowed us to steal bases in little league. This change transitioned the position of catcher from a simple filler spot that shagged stray pitches into an athletic position that saw action every play. I remember being pulled from the field and given the mitt. Game time came. A few pitches went by and a batter was on first. I found myself constantly distracted by the runner. As I anticipated his steal, the pitch would get by me. After multiple times I could hear the crowd's mumbled voices full of advice. I desperately began trying to apply everything I was hearing. Still, more pitches went by and more runners advanced.

My coach finally stepped in and called a timeout. The critical voices in me rose up . . . "You're in over your head" . . . "You can't do this" . . . "You're not good enough". Head hung low, I made my way out to the mound. Believing this was the end of my career as a catcher I tried to take my helmet and pads off. The coach put his hand on my helmet making it impossible to remove while he finished some instruction to the pitcher that I couldn't comprehend. I started mumbling excuses and shuffling the dirt. Finally, he turned to me and said, "Look at me." I couldn't. "Look at me!" His abruptness startled and quieted me. He firmly took my helmet in his hands and forced me to look into his eyes for what felt like an eternity. Once my breathing calmed he simply said, "You got this."

We had a great season that year. I worked hard on the position and by late summer found the processes instinctual and natural. Without a second thought I could anticipate the runner's intentions to break for it, the pitch coming at me, and the motion of throwing off my helmet to fire the ball at the baseman's glove to tag the incoming runner. I couldn't hear the crowd, but I could acutely hear my coach's whispers from the dugout. This was the first experience I can recall of truly being "in the zone" and it felt free and effortless. There was no denying I was intoxicated with the experience. It was primal in the way it moved me.

After finishing Harboring Hope, I followed the curriculum's suggestion for men to read John Eldridge's book Wild at Heart. I was growing weary of the dozens of infidelity and therapy books I had read and invited the chance to have something else circulate between my ears. Eldridge speaks of how God created every man with an unanswered core question in him, "Do I have what it takes?"

This book brought me back to that day on the mound. My coach was speaking to my core when he held my head in his hands and calmed my fears with his firm words. I had what it took.

Eldridge explained that God put that question in me so that I would seek Him to answer it. The problem is we obviously live in a fallen world and we are often tempted to seek the answer to our core question through worldly things. For me that fruitless chase exhibited itself through my income, my lifestyle, and even my wife. Somewhere along the way I had gone astray and took my core question to my wife. My wife proved to be an imperfect human, and by allowing her a power over my life that only God should be trusted with, her infidelity wounded me squarely in the center of my soul.

Right after D-Day I was overwhelmed with a sense of emasculation. I could hear voices saying: I was not enough; I was unlovable; I was small; I didn't have what it took. I should have been more attentive to her needs. Maybe there was there a retreat I could buy. Maybe an extravagant vacation would show her what a great catch I am! These voices became the large and noisy, an overwhelming crowd in the stands.

I see now God was on the sidelines coaching me the whole time. He was coming at me through various resources, one of which being Affair Recovery, but the pain and trauma became loud static, preventing me from hearing His words. Finally in the pages of that book, He grabbed my helmet just before I was able to take it off and firmly said, "Look at me. Look at me." For the first time in my 47-year life, I understood that core question was designed by Him to draw me into His will, into an intimate relationship with Him, and for no other reason.

I am told the "therapeutic" word for this struggle is "codependence." This is a core explanation of why we cannot look to others, even our spouse, to define who we are. These worldly sources will always fail us and leave us empty. We cannot act in order to get a response and expect it to feel real.

The truth is prayer often leads me to day dreaming. I babble some portion of the Lord's prayer . . . forgive me . . . bless me . . . save the world . . . but it all feels so insincere. I need tangible instruction. But when I simply shut up, clear my mind and allow myself to stare back into His eyes, I am clearly reminded of the simplicity of many scriptural instructions. God is Love (1 John 4:8). We are imperfect and fallen but we were each made in God's image (Genesis 1:27). Therefore, that image must be one of love. He has a plan for me, and it is good . . . it is even described as prosperous . . . (Jeremiah 29:11). I can't say for sure what His plan is, but I know I am not "in the zone" when I am enraged, transmitting pain, full of fear, or when I let my wife's sins speak to who I am.

As for baseball, it turns out the majors did just fine without me. My baseball career ended abruptly when I was cut in 10th grade. That wasn't where my true talents were found. However, I feel certain God's path included me playing that year of little league, if for no other reason than to have these lessons to fall back on 37 years later.

Life is funny that way.

Thank you for this post, and your perspective. It's been 13 months since D-Day, and I absolutely have struggled at times with the question of whether or not I've "got this." I think all of us unfaithful do.

I read "Wild at Heart" earlier this year, and it was one of the most impacting books I have ever read. The book spoke to me so very much...it shined a light on so much of what's wrong inside me. I couldn't stop telling my friends about it. I highly, highly recommend the book to every male out there. The female companion book is also quite good, according to my wife.

I had the privilege of attending a retreat the author hosted this past year - literally on the anniversary of my d-day. It was truly life changing - if you like the book, you will be blown away by the retreat. Check out his web site for details. My wife has also worked through Stacy Eldridge's book and felt equally as strong about it. She got the opportunity to attend the woman's retreat this past fall that corresponds with that book. It was a great way to work on ourselves, our faith, and continue positive growth - but take a little breather from the infidelity specific work. Our married for life group (yes we still call weekly and it's been well over a year) has just started working through their book on marriage - so yes, I too was very moved by Eldridge's work. Glad to see that feeling resonate with others.