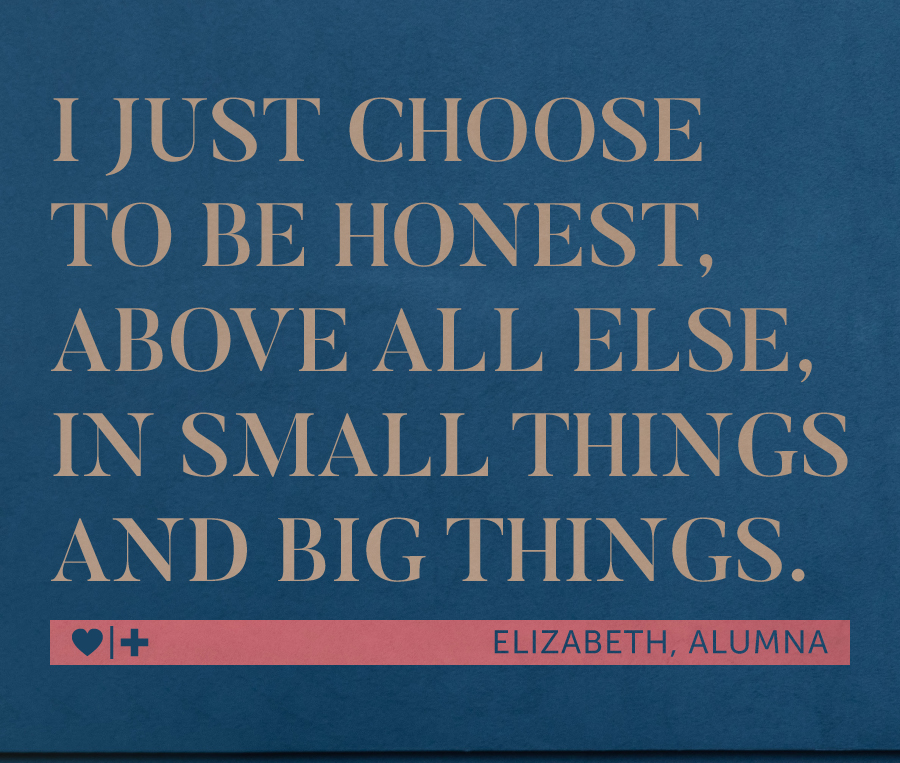 This is a question that almost all of us have asked or heard at some point during recovery from infidelity. It might have been screamed in anger, or muttered in a barely audible cry of exasperation. And it is a question we often hear over and over again, "How could you?" It is a good question, and it lies at the heart and sum of all of the pain created when people like me have affairs. It is as if we look to the heavens and we cry out in our pain, a guttural "why?"

While this is an important question, there is rarely an answer that satisfies the need to understand this type of pain.

After the aftermath of my own infidelity came out, my husband did not sleep for months. He lost over twenty pounds. He threw himself into work and disassociated from the world. He did not tell anyone and he lost any resemblance of joy in our home-life or hobbies. He retreated into a coma of what appeared to be complete non-existence. The pain was so deep, it was if he had detached himself from life itself.

Even his looks towards me silently and contemptuously shouted, "how could you?"

Making sense of what I had done was like trying to find a needle in the proverbial haystack. I wanted so badly to do something. I wanted to reach him somehow. But no matter what I did or didn't do, I could not begin to touch his pain. To him, I was pain.

Never in his life had he felt the kind of rejection I had handed to him.

Justice for my actions demanded inner protest in him.

This was difficult to understand as an unfaithful drowning in my own shame. I had cut him so close to his heart. I had gutted him. And out of that gutting came a primal rage within him. I believe most people react in one of two ways to such pain: They will either lash out in an attempt to cause the same kind of pain that was done to them (screaming, anger, revenge) or they will go to the other extreme of complete withdrawal and isolation, even contemplation of suicide. My husband went the withdrawal route—he shut down.

To say a betrayed spouse's heart is broken is an understatement.

Over the course of days that turned into weeks, months that turned into years, he started to find his center. His center was deep within him, next to the same heart that had been shattered. And he discovered he no longer wanted to hurt me back. Was it the riskier choice? Possibly.

But, back to the question of "how could you?"

We have never answered that, but it is a question that's importance has faded over time.

Recovery has shown us how deeply broken we BOTH are. And through the years of going through this, we have gotten pretty good at stopping the scorekeeping.

A personal example for me is what happened recently—and yes, this was recent. One of my favorite sayings from Rick Reynolds is, "you can be miles down the highway and still just a few feet from the bar ditch." I was out and about and ran into an acquaintance that is friends with my former affair partner. Mind you, I have really tried to follow all of the wisdom Affair Recovery offers to not give airtime to any thoughts of the affair partner. However, this particular day, the woman mentioned him. I brushed it off, but then my dreams were haunted for several nights about him. I consciously did not want to give it airtime, but the triggers kept coming; until one night, a few days later, I did something really dumb. I looked up on the internet something the woman had mentioned to me in the conversation. For no other reason than stupidity and wanting the satisfaction that he was a loser. My pride won.

At first, there was a really awful and broken part of me that instinctively wanted to just hide that information about my conversation, the dreams, and the computer search. I suppose that part of me may always be there. But, I now know God can give me the strength to be different and change. I know that, as crazy as it sounds, I want to tell these things to my husband. I did by the way, and we usually can now handle conversations like this with grace and ease. They usually end with something like, "I know that is hard to admit, but I'm glad you were honest with me."

My former life and ways of handling issues is over. Am I still broken? Yes.

I just choose to be honest, above all else, in small things and big things.

I think this is the only way our marriage will survive.

Many of you write in and ask what to do if your spouse isn't safe. What do you do if your spouse won't forgive? All are many versions of the same "how" and "why" that are often far bigger questions than one person can answer in a single day.

This will require continuous digging to deeper places.

If you haven't taken Hope for Healing or Harboring Hope, I suggest you start there. If you have taken those courses, what is keeping you from leading or mentoring? In all of the times I have taken Hope for Healing, I learn something new every single time. And with each new class, I am reminded quickly of how I came to a place of choosing infidelity. It is a reminder to me that I want to love people closest to me, not cause them pain.

How could I? I did. All I know is I don't ever want to go back there again.


If you'd like to read more on this topic, please check out the Affair Recovery series titled, "How Could You?" It might help answer questions that have popped up for you in the recovery process.

Harboring Hope registration opens January 22nd. Subscribe to be notified.
Harboring Hope is our online course for the betrayed to heal after infidelity. Our courses often sell out within a few short hours. Don't miss it!

Hope for Healing registration opens January 29th. Subscribe to be notified.
Hope for Healing is our online course for the wayward to heal after infidelity. Our courses often sell out within a few short hours. Don't miss it!

Would it be possible to message you privately about something you have shared in this blog? I have appreciated reading your blogs so much, for me to feel like I can relate to someone. You are further down the road than me so I just wondered if I could ask you something?

Love Yourself as You Would Love Others
How Do You Know If the Unfaithful Is Really Changing?
Thoughts on Marriage
One of the Biggest Myths About Unfaithful Wives
Car Washes in the Dark