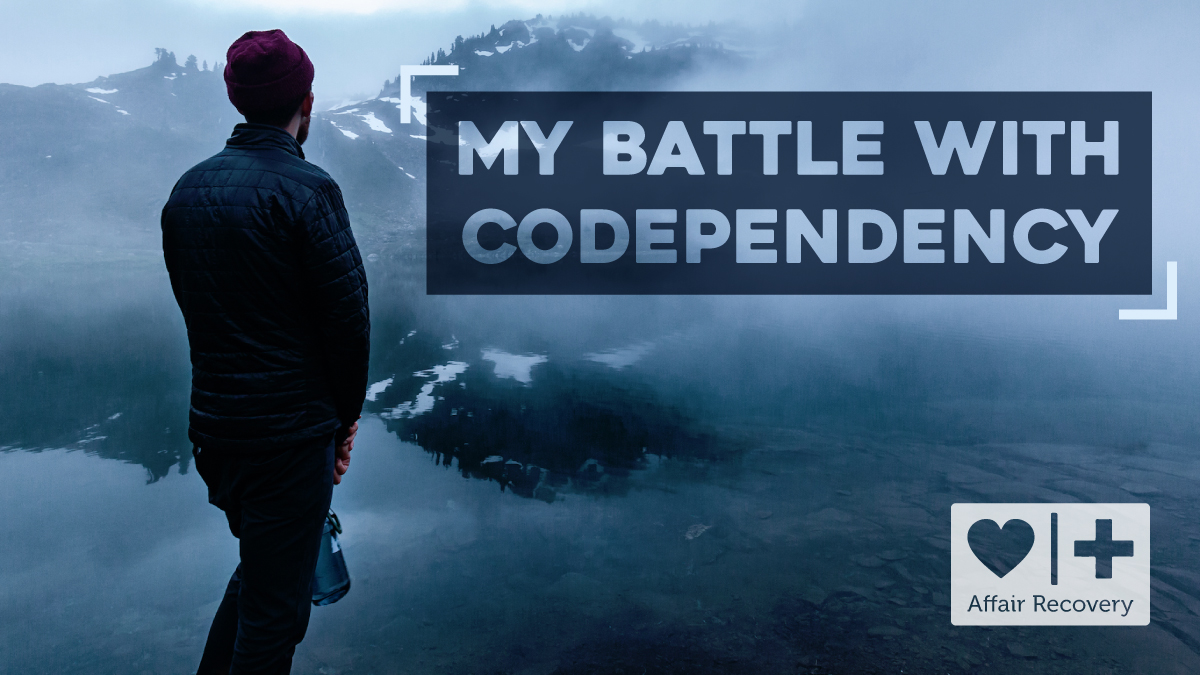 I grew up in a very broken family. My parents divorced when I was around two years old and I never really knew my biological father. My mother was an alcoholic who drank and smoked her life away. We were very poor, I remember a time when the only thing we had in the cupboard was half of a jar of peanut butter. My mother was married before and I have 3 half-brothers from 2 different fathers. I never had a father figure in my life. None of the fathers stuck around. In the toughest times we boys, were passed around to relatives that could take care of us. After high school, I entered the Army. After my training, I returned home to find my mother had moved. No forwarding address. I was on my own.

Needless to say, my childhood was rough.

But, I’m happy to say I survived. I worked hard, received the right help, and broke free from my past. Nevertheless, there are scars from my many battles.

From my perspective God had let me down. Where was the caring, loving “father” that I needed and had heard so much about? “Suffer the little children, and forbid them not to come unto me” was a scripture I remembered reading often times. I came to him alright, and in my mind found nothing but pain and abandonment. From that point on I was on my own. I would make my own success. No one would hurt me or abandon me again. I didn’t need God. I had myself and I could change my future and my past. My family would never have to face the childhood I had. I would insure things were better. I was in control.

When I was 18 I met my wife to be. She was 15 at the time. I was amazed at the attention she gave me. That felt really good to me at the time. For the next few years this wonderful woman pursued me. Relentlessly, I might add. Even in the times when I tried to run away she kept after me. I was completely confused and totally in love. Why did she care for me? Behind the scenes, I felt worthless. I didn’t feel smart or the least bit handsome. I didn’t have money or prestige. I remember how scared I was that she would leave. For the first time I felt happiness in my life. I couldn’t let that go. Looking back, I now see that whole struggle to never be without her was my journey into co-dependency.

From that point forward my focus was keeping her with me at any cost. We married young. I was 21 and she was 19. We were incredibly naïve and unprepared. In my mind, marriage was a way to further cement our relationship. The piece of paper was an additional control in my life to cover the fear of her leaving me. I worked and worked to keep my wife happy. The more money I could make the more happiness I could buy for her. If I could keep her happy she wouldn’t leave. 80-90 hour work weeks, no problem at all. Whatever it takes to preserve this happy family.

I paid for her vacations. Without me.

She wanted a house. No problem. I’ll work even more hours.

I would do absolutely anything to keep her with me.

Over the years we had 3 girls. I loved them with every fiber of my being. There was no way in hell that they would have to live a childhood like I had. Not on my watch. I would do whatever it took to make them happy.

I missed most of the early years of my two oldest children. I worked and they went to Disneyland. They had dance recitals and I was working out of town. That was okay. They were happy and when they were happy, it was safe to assume they wouldn’t leave me.

And then it all came apart.

Over the years I had turned into an angry, controlling, scared, pathetic man. My wife started to drift away.

I became more controlling and angry.

She ran further; right into the embrace of other men.

It started as an emotional affair on social media. Later it turned to physical affairs. I found out eventually and my world exploded. All the work, all the control, all the manipulation had accomplished nothing. I was looking at losing my wife of 19 years along with my children. I was also looking at financial ruin.

I was scared and I had nowhere to turn.

My wife and I separated and prepared for divorce. One night while alone in my dingy apartment I was lying on the floor, sobbing.

I had failed. I could not go on any longer.

I knew where the gun was.

With nowhere else to turn. At the bottom of my rope I reached the only direction I could at the time. Up. I prayed to God that night for the first time in what felt like my own eternity. “God if you are there I need you to help me now.”

I fell asleep and woke the next morning.

Call it a miracle. Call it whatever you want.

I had a new clarity of my life and what I needed to do. God had given me a specific roadmap to my own recovery. I knew then that I needed to rely on the only thing that wouldn’t fail me. That was in fact, God and his protocol for my recovery. He was a rock I could anchor to. Without him as my core belief system, nothing would satisfy me anyway. I was happy to say my chain of command had been completely reset. God was number one. Anything I did from then on would be at his will and mercy.

I’m a different person today. Stronger, far more complete. Not perfect. And no, I certainly haven’t ‘arrived’ as they say. Fulfilled? Absolutely. My marriage was reborn from the ashes and we’ve just celebrated our 28th anniversary in March 2017.

Erick, I found your story so

Erick, I found your story so similar to my own that I had to share it with my wife, who was unfaithful. The pedestal that I had put her up on was so high, that her fall from it was like her crashing down from orbit. I honestly had never trusted or felt safe with another human being in my entire life until I met her. Finally I had found someone who would never hurt me. Someone who loved me unconditionally. Of course I now know that such faith and dependency are very unhealthy, and it was me reacting to my own damage that put me in that place. It was her decision to be unfaithful and to hurt me, but it was my own fault for being so susceptible to a pain this big.

We are working toward a more healthy relationship, based on honesty, and intentional love. We know each other and ourselves so much better than we ever had before. We communicate better than we ever have before, and in many ways I feel closer to her than ever. We're trying to heal, and every day is a god awful struggle for me. But I have hope. She is really working on her issues and doing anything she can to prove to me her serious desire to never hurt me again that way. She's digging into her family of origin issues, as am I. I never realized until last year that I had been physically abused when I was young. I discovered it through a flashback, which was probably knocked loose by the trauma of her betrayal. The traumas of my youth set me on a path to here. But I now have the benefit of understanding what they are and how they have affected me, and can now finally do something about it. Become healthier for me.

Anyways, thank you again for sharing your story. It has enabled me to see a lot of myself, but from a different perspective, and it has been extremely helpful to me.

Affair or not...that testimony was poignant and powerful. I am glad to see you walking in your purpose. You woke up the next morning. Amen!

Wedding Anniversaries After Infidelity - What Do We Do With Them Now?
Handling Disappointment After Infidelity
Communication Killers: How to Remedy Stonewalling
How to Move from Transmitting to Transforming Your Pain after an Affair
How Do You Recover from an Affair? 5 Tools to Get Unstuck