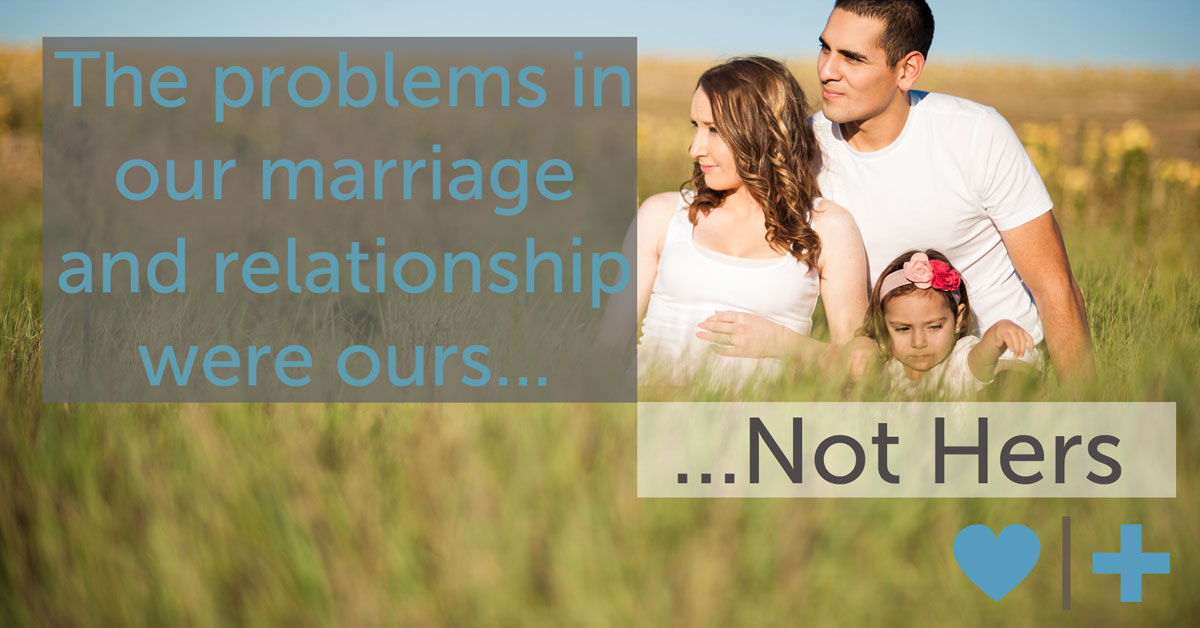 Dr. Phil has wisely said that children should not be burdened with adult problems. My husband and I have always tried to keep our children out of our marital troubles, as for us, we felt it was paramount. As they were growing up we kept our disagreements about child rearing behind closed doors. We always put on a united front when the children were present and then hashed it out in private. We worked hard to ensure that our children were allowed to deal with childhood issues, not adult problems.

That resolve was put to the test on D-day. Our son no longer lives at home but our daughter, 15 at the time, was front and center when my husband’s AP showed up at our house and proclaimed that they had been seeing each other for five months. The AP even brought her eight and nine year old children to the event. All three children saw my horrified reaction. All three children were forced to be a part of the shock and dismay of that day. The AP’s children were a part of the affair, spending time with my husband during those five months knowing he was a married man. They were obliged to come to my home on several occasions as the AP tried to force my husband’s hand in her favor.

Our daughter’s reaction on D-day was one of personal horror, intense grief, and great pain. She watched as her father, whom she adored, packed his bags and left to live with his AP. She cried buckets with me, felt pain with me, was destroyed alongside me. But worse, she became a participant in the worst days of my life. It was impossible for me to be strong for her when my own life had been shattered. She worried that I wasn’t eating. She worried that I wasn’t sleeping. She worried that I cried all the time. She would hug me, sit next to me, hold me, watch me from afar and fret over me.

My precious daughter had become a not only a spectator but a participant in devastating adult issues.

D-day was on a Saturday evening. A week later, on Sunday, my husband came over to take my daughter out to eat. I had seen him a couple of times during that long, hellacious week, but it was the first time my daughter had seen her father. She didn’t want to see him. She didn’t want to go with him. She especially didn’t want to meet the AP, something I forbid anyway. But no matter how much I hated him at that time, I was not going to allow my pain to be transmitted and essentially, destroy her time with her father. During the eleven days my husband was gone from the home, I was convinced I was going to have to start over without him.  Yet, I never once considered taking my daughter and living somewhere far away to keep her from him. My mother wanted me to come live with her, over a thousand miles away. My best friend wanted me to come live near her, another thousand miles away. But I grew up without access to my father and I was not going to place that burden on my daughter.

The problems in our marriage and relationship were ours, not hers.

When I told our daughter that my husband was moving back home she was angry with me. He had hurt me and she didn’t want him to hurt me again. He had hurt her and she was angry, even hostile towards him. At that point in time her loyalty was definitely planted firmly in my corner.

Over the next few months my husband worked hard to rebuild their relationship. He asked our daughter to forgive him. He worked hard to earn her trust again. But whenever I was having a tough time or I was angry or scared our daughter would ask me why I didn’t just divorce her dad. She felt my pain and her loyalty remained strong.

I would encourage those going through this awful time to think critically about what messages are being sent to your impressionable children. Betrayal causes so much pain that you may do things you never would have dreamed you were capable of doing. However, I’d like to appeal to you that are suffering today to consider not transmitting your pain to them.  Please don’t compound this pain by projecting adult issues on your children. Please don’t make matters worse for them. I especially encourage you to ensure your children continue in their relationship with both parents, whether together or separate, provided they are ‘safe’ for your children.  Please  do all you can to stay away from bad mouthing the guilty spouse to your kids. As much as you probably want to, please don’t keep your children from the guilty. Don’t talk about your spouse in ear shot of the kids. This is a difficult enough time for all involved without burdening children with issues beyond their years that they don’t have the maturity to understand or process.  It wasn’t always easy to do this, but it was worth it every time I denied myself the opportunity to vent to my kids.

As Dr. Phil advises, let your kids worry about their own issues, not yours. Let them be kids.

First let me say I am so very very sorry that your daughter has had to endure so much. Your husband's AP seems like a night mare. I really hope that her kids other parent steps up (if he is any better) and takes custody of those kids before she ruins them for life. Such a sad, sad life for her kids.

Your post was WONDERFUL. Such a reminder of how we have to protect our children and most of the time I think that falls on the betrayed spouse to do. The spouse that is engaged in the affair is in no mental place to do what it best for anyone.

I hope that your daughter has found forgiveness for her dad.

My daughter was 21 at discovery. She does not know the details, but 2 years later she tells me that she is glad I stayed with her dad and she admires both of us for working to repair the damage and work toward forgiveness. She said that just watching from a far has helped her learn a lot about relationships. She said in a world where everything is disposable, it gives her some security to know that her parents did not buy into that and thought that our family was worth fighting for.

SLM, the AP had already lost

SLM, the AP had already lost four children to the state due to abuse. The last two have since been taken away as well.

Our daughter and her father have rebuilt their relationship and for the most part get along great. I've never asked her if she's forgiven him. When she feels comfortable talking to me about her feelings and emotions I'll be here for her. She's still a teenager and figuring out who she is.

I'm glad your daughter is positive about your decision to stay and work on your relationship. I hope my children will see that our family is also worth fighting for.

Lisa your story just resonates with me because it's so similar... Our daughter was home when my husband revealed his story and there relationship is broken two and having to be repaired but we are doing exactly what you say here in not putting more trouble in her life then she already experienced! Thank you for sharing :)

You're more than welcome

You're more than welcome Jennifer. Sharing with each other is one of the many paths to healing.

To Spy or Not to Spy?
Is Pretend Normal Self-Preservation?
It's Just Sex
Sexual Anorexia and the Anorexic Marriage
Is His Shame My Shame?