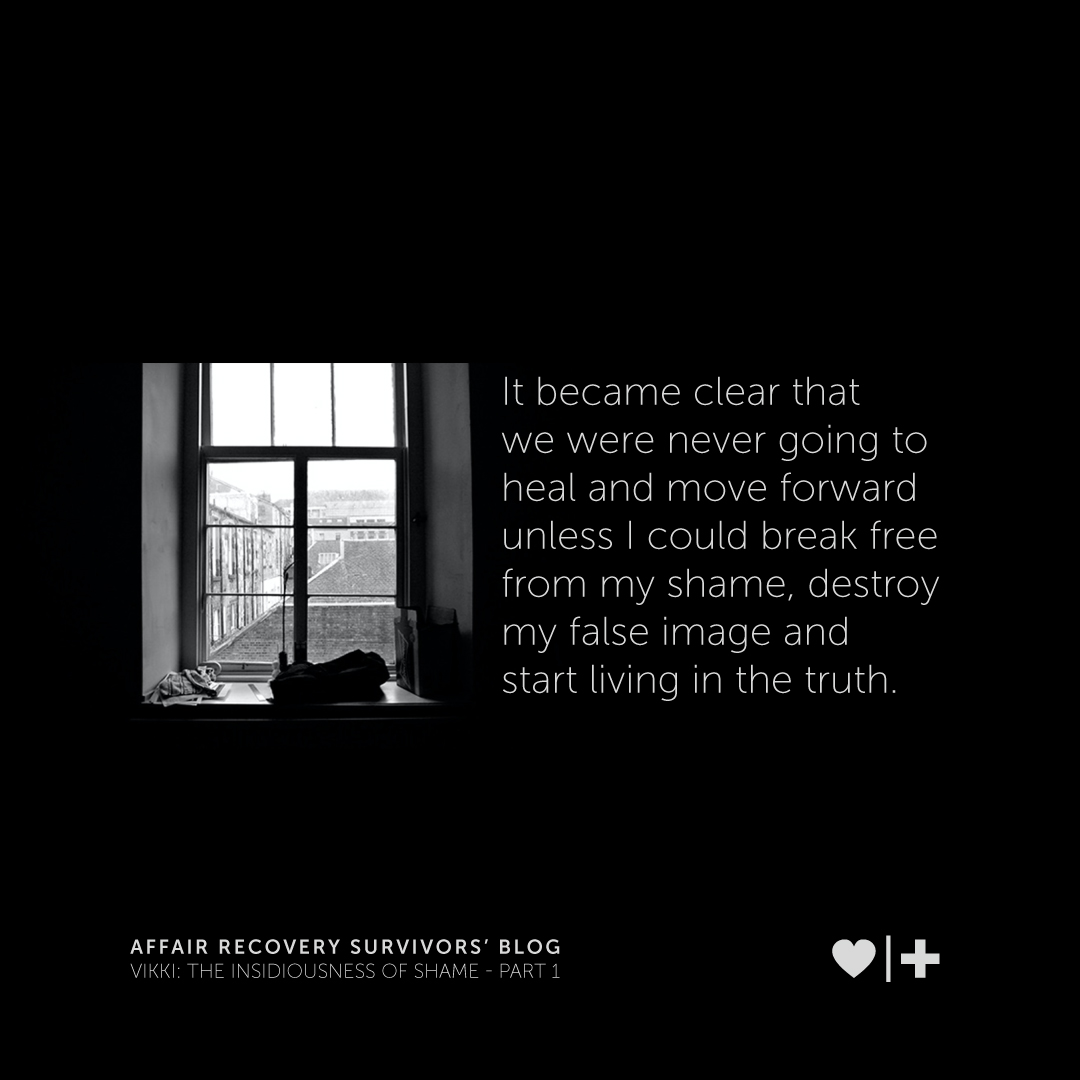 The Insidiousness of Shame

This past March, about 13 months after our D-Day, my husband suffered a ruptured brain aneurysm that landed him in the ER for emergency surgery. After his surgery, he spent 14 days in the ICU fighting for his life. Brain aneurysms usually have no symptoms until they rupture, and when they do, the survival rate is less than 50%. Needless to say, those 14 days were a very scary time for him and for me. While he was in the ICU, my husband was struggling with immense physical pain, fear of his own mortality, uncertainty about any permanent damage, and protecting his family while feeling helpless. Worst of all, was the isolation of the COVID restrictions, which only allowed one visitor per day. During this time, he needed me to be there for him more than any other time in his life - to reassure him, to help him feel safe, to show him care and love.

After a particularly scary setback a few days into his recovery, he was struggling and called me for reassurance and support. He told me that he was in a dark and scary place, and that he needed me to help with his feeling of isolation. Instead of responding to him and pulling him out of his despair, I took his request as an indictment that I was not being a good wife. His pleas for help hit me like a punch to the gut and I closed off, shut down and was completely useless to my husband. I couldn’t offer him anything but defensiveness and blame. Defensiveness by telling him that I was doing everything I could - which I wasn’t. Blame by telling him his requests were unfair to me and that he had unrealistic expectations- which he didn’t. As a result, we didn’t speak much for the last week of his hospital stay. He completed his stay in the ICU without the support he deserved. When we did speak on the phone, our conversations were cold and fraught with tension. When he finally overcame the immediate danger and returned home, there was a terrible distance between us.

How could this happen? How could I not be there for my husband when he needed me the most? What blocked the good inside of me? How could I abandon him in his darkest hour? The answer to these questions lies in one word - SHAME. By spiraling into shame, I chose my feelings over the needs of my husband. I took his request for support as a judgement that I had not been doing enough. I therefore missed an incredible opportunity to show him who I could truly be, which would have strengthened his trust in me and forged closeness between us. Instead, I let my husband feel as if no one truly cared about him when he was most vulnerable. I let shame take the focus off him and put it on me.

Shame is a pervasive cancer of the soul. When we experience shame, we store it as a trauma that changes the way we think about ourselves, and it permeates every corner of our lives. For me, I get stuck in the emotions that tell me that I am unredeemable, unworthy, not good enough. I am then unable to show empathy to others, because feeling shame keeps it all about me. I retreat into myself, abandoning the ones I love because of how their feelings make me feel. I become self-centered and am unable to experience true intimacy. How can I let someone get close to me when they will see how horrible I truly am? They will never truly accept me or love me. Intimacy is taken as a threat to my emotional safety, and results in a fight or flight type response that is not rational or relational.

My shame is rooted in trauma from my youth that was never addressed. The emotional pain I experienced wasn't processed correctly, which allowed shame to take hold of my soul and fester. As I aged, it permeated through my whole personality kept alive by a constant barrage of negative self-talk and self-loathing. Instead of understanding that I felt bad because I was traumatized, I believed I was traumatized because I was bad. To lessen the pain, I created a false image where I could hide my stained soul from others. This false image felt safe, because I could be someone different, and I could control the narrative of who I wanted to present to others. I could keep secrets, justify my behaviors, deny and alter my reality. I could ignore my feelings and tell myself that I wasn't as bad as my shame told me I was. And anytime my image was threatened, I would defend it vehemently like it was life or death. Maintaining this false image all the time came at a great emotional cost. It was a full-time job. For me, the constant upkeep ultimately led to anxiety and depression. For my husband, it led to isolation, loneliness, and the feeling that he really didn't know who I was.

After D-Day, my shame was particularly insidious. During conversations when my husband shared hurt and anger, I would defend and justify my behaviors in an attempt to keep up my image. When I became exhausted from maintaining my image, I would just shut down. I could not truly hear him or show him empathy because I would get overwhelmed with my own feelings of self-loathing. These shame-based behavior patterns were the reasons why I caused more damage to my husband during our infidelity conversations, why I abandoned him in the ICU, and why our recovery became stagnant. I was not taking responsibility for my actions because they did not fit the image that I had created to hide my shame. I was being selfish and making it about me, and I was hurting the man I loved. It became clear that we were never going to heal and move forward unless I could break free from my shame, destroy my false image and start living in the truth.

For the first time in my life, I decided to face my shame head on. I resolved to work through my past trauma and finally shine a light on the dark abyss it had created in me. This first step on my journey through shame proved to be a turning point in my personal recovery, and would become the foundation that was essential for the beginning of our new marriage.

Please visit us again on Friday, Oct. 15th for The Insidiousness of Shame Part 2: Beginning to Break Free!

The easiest–and cheapest–way to start on this journey is to take our free First Steps Bootcamp. It's an online guide with 100+ pages of content and a full-length video of a mentor couple who was in as big of a mess as it can get. You'll take a big sigh of relief when you have a clear plan and learn that you're neither crazy nor alone in this journey, whichever side of the infidelity you find yourself on.

You have such good insight

Your description of the struggle against releasing your facade is very articulate. It sounds like you have grown immensely to own the hurt your shame perpetuated after Dday. I hope your blogs comfort others feeling afraid to be known, and inspire them to have the courage to break free.

Thank you so much for your compliment. Shame has been a stuggle for me for along time, but through AR, I have learned the nature of the beast and how to begin to slay it. Easier said than done for sure. I too hope that others will be able to relate, learn, feel support from my experience.

The Insidiousness of Shame, Part 2
Coping with Infidelity: 6 Barriers to Recovery
Forgiveness
How to Not Make Things Worse: Stonewalling
Being Selfish With Your Shame