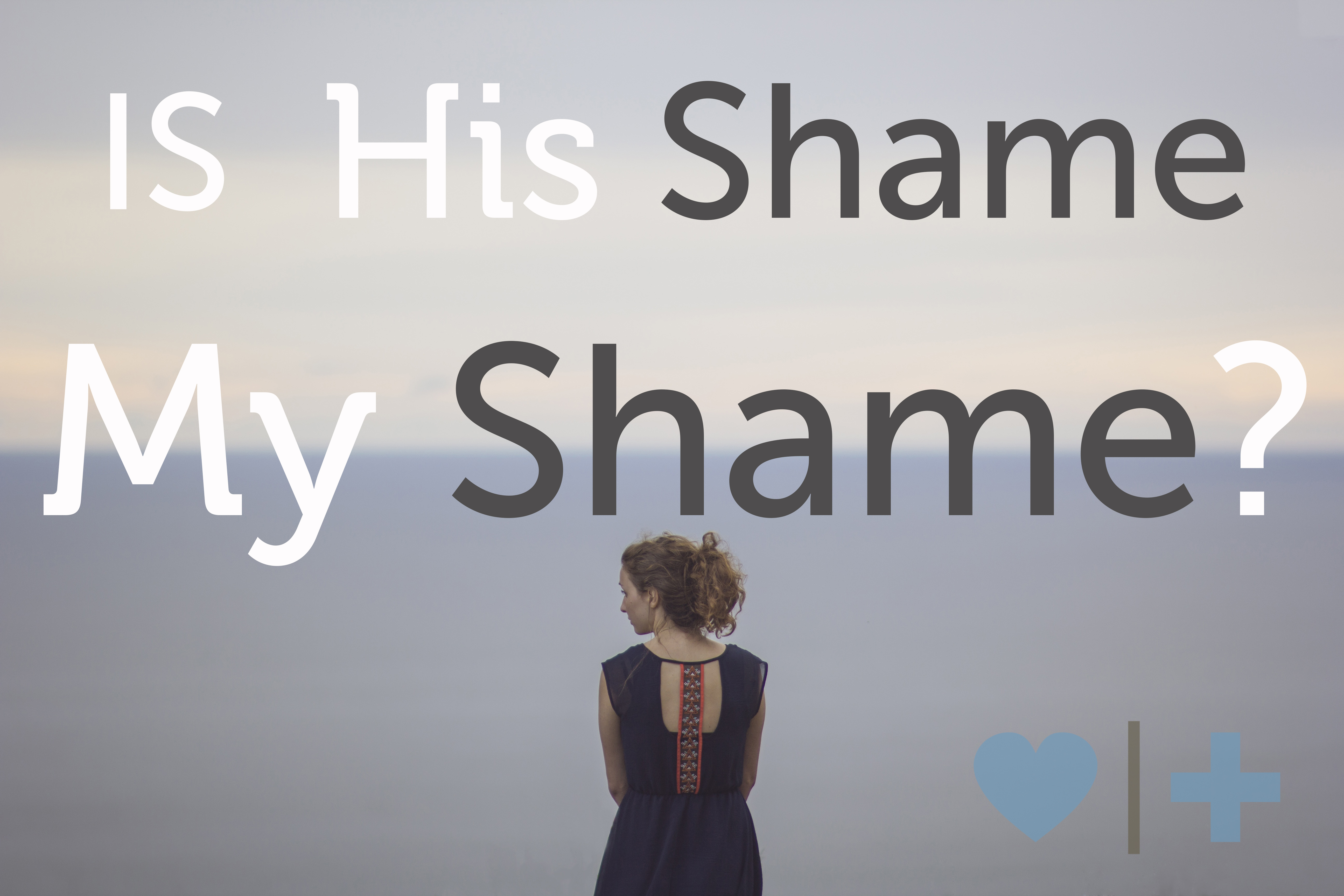 Is there such a thing as collective guilt and shame? Some would have you believe that there is. For instance, if children are in poverty all of society is to blame. The media would have you accept as true that if one cop is a rotten apple the entire police force is tainted. My daughter has teachers that punish the entire class for one student’s behavior. Everyone shares in their guilt. Rick refers to this as Group Shame or Social Shame where we are dishonored and ascribed the shame from someone else's actions.  He discusses this in detail in Social Shame: Have You Been Dishonored? and Social Shame: Surviving Infidelity Isn't Enough.

The first person I called when my husband’s affairs were exposed was my mother. Any betrayed spouse understands the anguish, pain and fear of D-day. We, the wounded, reach out to anyone we think we can depend on to be on our side, understand our pain, commiserate with our anguish.

My mother should have been that person for me. Unfortunately, the first thing she asked was if I was giving my husband enough sex. On the worst day of my life I should have been able to depend on my mother for moral support. Instead I found myself on the defensive. I actually felt as if my mother was blaming me for my husband’s actions.

In her mind his shame was my shame.

What my mother did was affirm what I had already been feeling. How could my husband betray? Wasn’t I good enough for him? Did he not find me attractive anymore? How could he prefer a skank over his wife? Our sex life was practically non-existent. We had lost intimacy. How could I allow this to happen?

What could I have done differently to keep my husband faithful? I anguished over what I had done wrong, what I could have changed, the choices I had made or not made in my marriage.

In my tortured mind his shame was my shame.

My mother made me feel worse, not better. It would take me several weeks, months actually, to understand that my husband’s choices were his alone. We were both in the same marriage. He chose disrespect, betrayal, selfishness and dishonor. I did not.

Unfortunately, because of my fear over what people would think, for a long time I allowed my husband’s shame to become my shame. Only a handful of people know what we’ve been going through for the last 22 months. He is ashamed. I’m ashamed. What if people find out? No matter how much I intellectually understood that I am not to blame it was difficult not to feel personal shame. If my own mother’s first thought was to blame me for my husband’s unfaithfulness what will other people think? We live in a new town with new jobs. What if my co-workers find out about his affairs? I couldn’t help but wonder what they would think of not only him but me. How would they judge me? Does my husband’s shame reflect back on me?

Reading the AffairRecovery.com Survivors' Blogs and Community Forums I realize that I’m not alone in keeping my husband’s shame to myself. Many people agonize over who to tell. There are many valid reasons to keep the knowledge of an affair to a select few.

Rick has a revealing and extraordinarily helpful 4-part series of articles on Social Shame. I encourage the reading of these articles. He points out that shame thrives in secrecy. That’s why the AR Small Groups and Community Forums (available with Recovery Library) are so important. They give you a chance to connect with others going through the same experiences and share your story.

In one of his shame articles, Social Shame: Four Ways to Stay in It, Rick points out four responses when a person doesn’t deal with shame. The first is self contempt. We loathe ourselves, blame ourselves. Stop! We need to tell ourselves over and over again that as betrayed spouses we are not guilty! Tell yourself, I have self worth. Repeat it again and again until you believe it to be true.

The next response is contempt for others. It may seem easy to belittle our unfaithful spouse, put them down, ridicule them, but in the end this only reflects poorly on us. Stay above this type of behavior. I know that my husband already feels enough guilt and shame. Rubbing his nose in his actions will only delay recovery.

The third response to shame is to withdraw from life. If I’m not around others they won’t know my shame. I’ve been guilty of this action. I’ve avoided talking with my family and friends. But withdrawing just makes us lonely. It takes courage to embrace life. You can do it! Get out, engage with people, remember that you are worthy of a beautiful life.

The last response that Rick points out when someone is unwilling to deal with shame is avoidance. Have you developed a drug or alcohol problem since D-day to “numb” your pain? Are you engaging in high-risk behaviors? You are only masking your problems, not confronting them.

Thanks to Ricks insightful articles, blogs and the AR Community Forums I have discovered since D-day that while my husband’s choices impact me in ways I never could have realized those choices reflect on his character, not mine. The way I’ve handled his betrayal reflects on my character.

EMS Online and AffairRecovery.com have helped me realize that my husband’s shame is his and his alone. We are wading through the quagmire of recovery together. We are learning to build a more honest and intimate marriage together. We are in this mess together. But he chose betrayal instead of communication. He chose lies instead of truth. He chose selfishness instead of respect.

His shame is because of his actions, not mine. It is his alone. If you’ve bravely chosen to stay in your marriage then don’t hammer your spouse with shame. Recovery is only possible if you both let go of the humiliation and dishonor of betrayal. Remember, recovery is hard enough for both of you without hanging on to shame.

This was beautifully said. Expressed many of the things I have thought and felt. Thank you.

Don’t Drive the Pain Underground
One Year Anniversary
Discovery: Processing the Details of the Affair
How do you respond to blackmail?
Revenge: Responding to an Affair