Part 1: Understanding the Paralysis of it
Part 2: Have you Been Dishonored?
Part 3: Coming next week!

You don't have to do this alone. Our online course for betrayed spouses is life-changing, encouraging and full of hope. Register For Harboring Hope!

The feeling of being shameful is something we're all painfully aware of due to our culture's focus on individualism.

My hope with this four-part series on shame is that both betrayed and unfaithful spouses will begin to understand how the social dynamics of honor and shame significantly impact our responses to betrayal and our healing process. A question I have found to be not only defining for couples in crisis but instrumental to their recovery is: how do you go about regaining a sense of honor if you have dishonored yourself or have been dishonored in your marriage?

We talk a lot about how detrimental shame is to recovery, but what I've realized is there are two types of shame:

Type One: The Emotion of Shame

"Shame is the intensely painful feeling or experience of believing that we are flawed and therefore unworthy of love and belonging."1
-Brene Brown

When I fail to fit in or meet expectations, if I don't accomplish my goals, or if I betray another person, I experience the emotional aspect of shame which leads me to believe I'm flawed and that there is something wrong with me. Emotional shame is about my personal identity and leads me to believe that I am bad rather than I have done something bad. It's obvious how a personal sense of shame can be generated by infidelity, but overcoming this type of shame is absolutely essential for healing.

"Individualism is the moral stance, political philosophy, ideology, or social outlook that emphasizes the moral worth of the individual. Individualists promote the exercise of one's goals and desires and so value independence and self-reliance and advocate that interests of the individual should achieve precedence over the state or a social group."2

In the paradigm of individualism, a person's worth is measured by performance and moral behavior. It is about guilt, innocence, and being true to myself regardless of pressure to conform to family or social groups. Through the lens of individualism, if we appear to do well in life, we view ourselves as successful and have a sense of pride. If we perform poorly, and if others (or that voice in my head) gives me messages that I'm a failure, then I may feel there's something wrong with me and experience shame.

"Honor is the good opinion of good people." Honor is "the worth or value of persons both in their eyes and in the eyes of their community. The critical item is the public nature of respect and reputation."3
-Seneca (a famous Roman philosopher)

The social dynamic of honor and shame is based on our sense of belonging and status in our family or community.

The Honor-Shame Dynamic in Moral Failure

The honor-shame dynamic has a relational orientation. Honor is about a person's social value or worth. Honor comes when those around you think well of you. Shame, on the other hand, comes from low public opinion. Public shame leaves you feeling disconnected from those that were once important to you. These dynamics function much like our credit score system, but our social rating system measures the value of one's reputation. Because honor and respect are given in the context of group identity, those associated with that individual or people unit (such as a sports team or company) are ascribed the same honor. The same holds true for shame.

Relational shame can be ascribed by the actions of someone you are associated with or achieved as a result of your own failure to support the collective good.

In my opinion, I may be the luckiest guy in the world. My wife has been the driving force behind the creation of a library at the Del Valle correctional complex. Due to her tireless efforts, over 800 books a month are delivered to the inmates at our county jail. I clearly remember the day she realized that our county jail (the fifth-largest county jail in the state of Texas) didn't have a library. She said, "The people who have the means to do something about this don't have the passion, and the people who have the passion don't have the means. I've got both."
Since that time, my sweet wife has accomplished more as a volunteer than a full-time staff member could have ever done. In the process, she's received a significant amount of recognition and honor for her efforts. Her story is a great example of what is called achieved honor. The community has a great opinion of my wife. I happen to have the good fortune of being married to her. Just the fact that I'm her husband gives me ascribed honor. When I'm with her people say, "Aren't you Stephanie's husband?" and I'm given the same honor she's received in her efforts to help others. 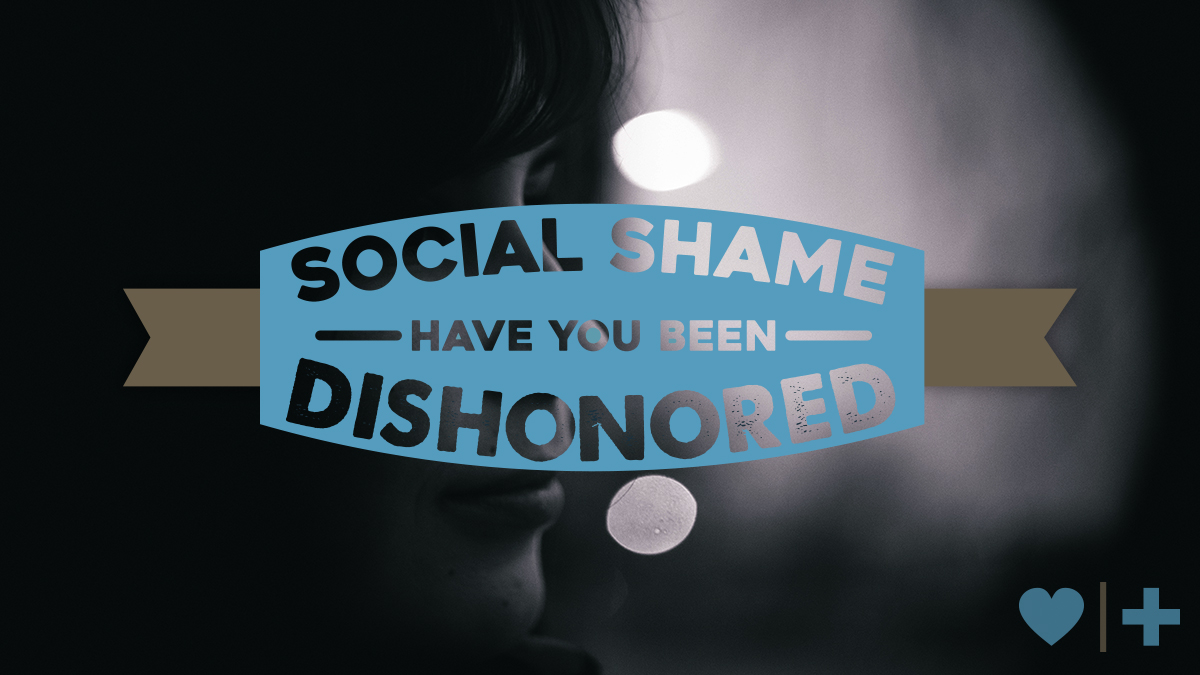 Dishonor can work much the same way. In the same way that I was ascribed the honor Stephanie received for her efforts at the jail, decades ago she was ascribed the dishonor and shame I brought on us as a result of my infidelity. In the honor-shame dynamic, how does one restore honor if they've been dishonored? In some cultures, if a son or daughter dishonors the family by their actions, the only way to restore honor is to punish, kill, or disown the offender. In our culture, if someone dishonors you by being unfaithful, the cultural norm for restoring honor is to extricate yourself from the relationship. Sometimes, a betrayed spouse may forgive their mate but continue to shame their mate in an effort to restore their own personal honor.

Another example comes with a husband or wife who fails to "leave and cleave" in a marriage (meaning they fully leave their parents and cleave to their spouse). The spouse feels dishonored and not chosen. They experience a loss of status and may well feel the in-laws have something over them, leading to a loss of prestige and honor.

When we realize the implications of this social context of honor and shame in which another person can ascribe his or her dishonor to you, it's easy to see why so many betrayed spouses feel stuck. If they are committed to repairing the marriage, how are they to shake this feeling of shame when it is not inherently theirs but is applied to them by the actions of their spouse and by the opinions of others?

The same problem exists for the unfaithful spouse. How do you stand up and take ownership of your mistakes when you feel buried by shame because the public opinion is seemingly opposed to redemption?

Western culture's focus on individualism has not only constricted our ability to see the scope of the problem with shame, it has also limited the pathways back to a solid sense of worth and the rebuilding of reputation. Left to our own limited understanding of how to transform our sense of shame to one of honor, we may punish, abuse, or disown the person who dishonored us. Choosing to forgive and reconcile certainly doesn't guarantee the restoration of reputation and, in the short run, may result in a further drop on the social ranking scale, but the restoration of the marriage vastly outshines the costs.

The honor-shame dynamic plays a significant role in surviving infidelity but, unfortunately, this component has been missing in the recovery field as a whole. It's my goal over the next few weeks to begin to remedy that situation. In my opinion, just surviving infidelity isn't enough. I believe we want to once again feel good about ourselves personally as well as relationally.


Healing is attainable. I, as well as thousands of others, am living proof. I can promise you it won't come easy, but it can and will come if the right actions are taken to provide the opportunity for transformation. If you're serious about recovery, I'd like to invite you to join our free First Steps Bootcamp as a stabilizing protocol to implement over the next seven days. If you're the betrayed spouse and seeking to restore the honor you feel you have lost, I encourage you to sign up for Harboring Hope – registration opens soon.

You don't have to do this alone. Our online course for betrayed spouses is life-changing, encouraging and full of hope.

"I just completed the Harboring Hope program. My husband was unfaithful to me emotionally, physically and sexually with a co-worker. What I wished I would've known is that forgiveness and reconciliation are two different things. People who refuse to forgive can never live their own lives, they are too busy obsessing about the life of the one who hurt them. They are stuck. They are unable to enjoy friends, family or even their children. They imprison themselves in a bondage of their own making. I definitely recommend the Harboring Hope program as a support for healing. To be in a safe community with other women who know what you're going through and how you're feeling is comforting. Whether you're able to reconcile or not, there is hope." — M., Michigan | HH Participant, April 2021.

Space is limited! Use the button below to learn more about Harboring Hope and enroll in this restorative course.