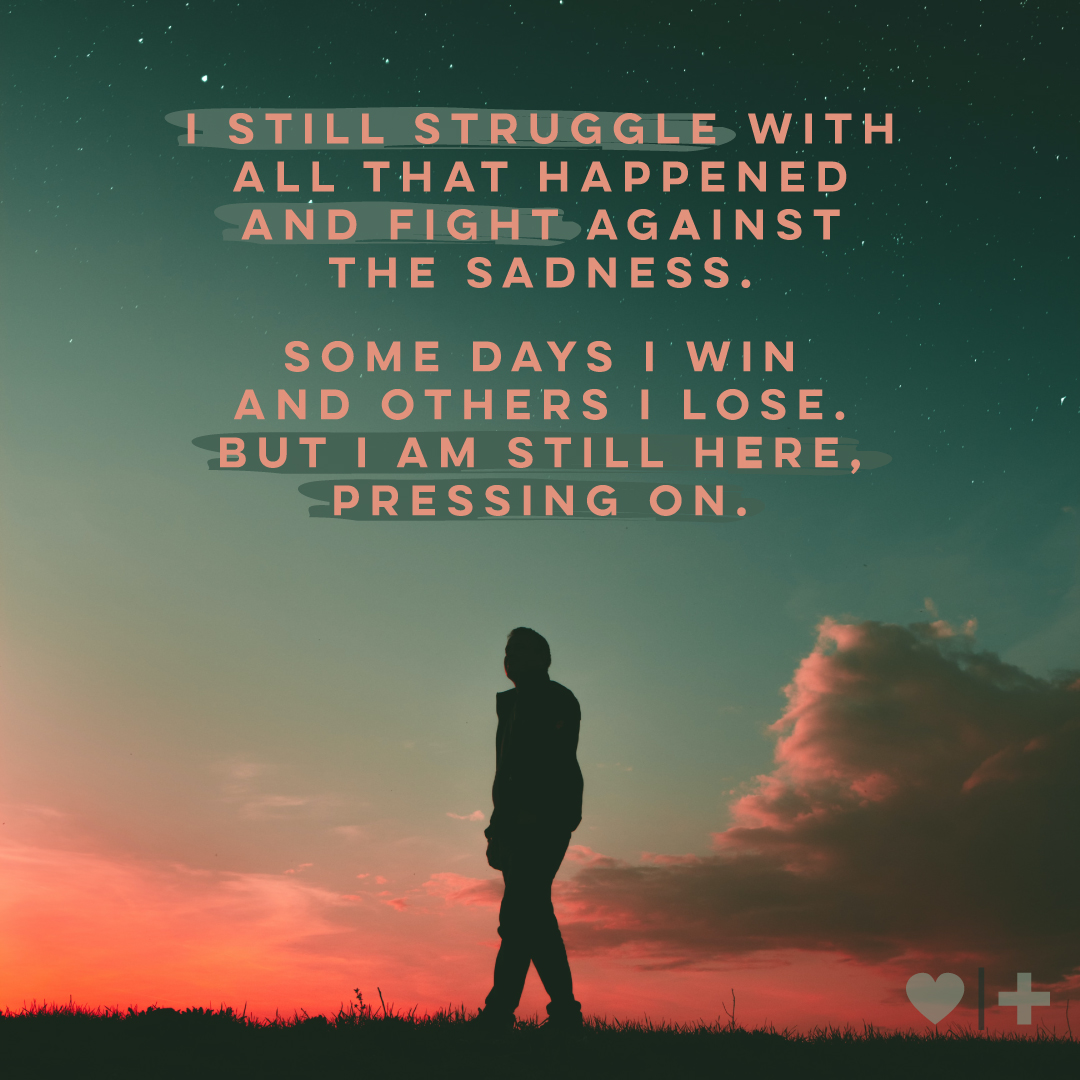 For most of us, whether we are betrayed or unfaithful, thinking back to D-day conjures vivid images of shock and horror, feelings of shame and disbelief, and a period of suspended animation. We recall falling off the edge of the world as we knew it and into a pit of numbness and despair. I remember too. It took the breath right out of me.

As painful as that experience was, looking back I have a different perspective on D-day. I see it as the day my husband finally let me in. Despite shattering my world, he finally gave us a chance to truly know each other and the potential to experience unconditional love. Prior to D-day that was not possible. He had been hiding from me, wearing a mask, keeping his secret and shutting me out. I was married to someone I did not really know. That was not fair to either of us, and would never have allowed us to be real in our marriage and realize our true potential.

My D-day was probably like yours in many ways. In the morning life was normal and safe, and then we had the conversation that changed everything. Nothing was safe after that, and "normal" was a distant memory. It was just the beginning of a long and painful journey that I would never want to relive and wouldn't wish on anyone.

The first anniversary of D-day was hard. All the experts agree it can be triggering and temporarily intensify feelings that make it feel like you are going backwards and are starting all over again. That is common. My goal was just to survive the day and I did, just barely, watching the clock and feeling relieved when it was over.

On our 2 year D-day anniversary I wanted to feel differently. I mentally could rationalize how I wanted it to be different, and how getting the truth on D-day really was a breakthrough, but emotionally, I did not feel it at all. I forced myself to act differently in the hopes my feelings would follow, so I took a different approach and made dinner reservations. It was a genuine gesture on my part and I wanted to feel peace, but I didn’t. I was proud of myself for making the effort, and my husband was appreciative. But I really felt awful and was so disappointed that it didn’t magically change anything.

Now, we are at the 3 year anniversary of D-day, and by the time you read this it will have just passed. I experienced a great deal of trauma as a result of the infidelity and the decade-long cover up that followed. I had proficiently stuffed down my fears and grief about it for a very long time prior to D-day, when my suspicions were finally validated. Once I got the truth, unraveling those years of my own repression was very difficult. I did not effectively address my trauma for most of the first 2 years following D-day, but this process takes however long it takes and I am figuring it out now. So here I am. Again I plan to make dinner reservations, and this time I actually feel it. I want to do it and am looking forward to it, not forcing it. I see it as a new lease on our lives together. This doesn’t mean everything is wonderful and there will be a musical score playing as we enter the restaurant, with flowers and small woodland creatures running about. I am still hurt and disappointed, still cry over this pretty often and deeply wish this was not my reality, but it is. This anniversary is about being real and recognizing our hard work and progress, and seeing the trail of blood, sweat, and tears (buckets of tears) leading us to this point.

In my mind, this day is now a celebration of the day we became 'us'. We are no longer alone like we had been for so long, two people in a marriage but living lives in parallel, floating in and out of intimacy. Sometimes getting close, but not too close, to protect the secret. Only close enough to perceive the gap between us and then feel disappointment again that "this" was all there is.

For too many years we each kept up our respective walls. His walls were to keep his secret hidden, mine to protect me from the unknown. I knew I never wanted to be fully known by him. I already felt a sense of rejection when I was only revealing part of me, so if he knew all of me he certainly would not really love me. Right? It turns out he felt much the same, certain that if I knew the entirety of what he had done, who he really was, that I would not love him and that I would probably leave.

We lost many years to this. He could have lived his whole life and then died without me ever knowing the truth. We have talked about how I would have been left hanging without ever having known how much he loved me and how much he regretted his betrayal. We missed the opportunity to have this level of emotional intimacy for more than half our marriage, due to the duration of the affair and all the years that followed in which he refused to let me into his world. D-day was the day he finally decided to be brave and let me behind the curtain, despite what it could cost him. He wanted to be fully known, to see into my heart and to let me see into his. He wanted to honor me with truth, even in the face of uncertainty, shame, and fear. D-day is the day he finally showed me I mattered.

Amidst the devastation and fear, we were both shocked at what we found behind that curtain. Neither of us had any idea of the deep love the other felt. Now we know.

I still struggle with all that happened and fight against the sadness. Some days I win and others I lose. But I am still here, pressing on. We are planning to renew our vows someday when I am ready. I think we might use the D-day anniversary for the special date as that is the day we became real and he let me in. Despite the pain, that is more valuable and meaningful to me than any other day on the calendar.

Thank you for this perspective …. As my dday approaches I will have this packed in my back pocket ….

mtj1990, I'm so glad you found it helpful. Best of luck to you and don't be too hard on yourself if DDay hits you harder than you anticipate. It does get better.

Elbee - glad you appreciated the woodland creatures :) Even after all this time it is still nice to be reminded that we are not alone in this. That is the benefit of being on this site. Thank you for your comments and best of luck to you in your healing.

I loved this! And you are so spot on. It has been 2 yrs since DDay and I had two more since then, but we are finally at a place where I know he is truly sorry for his betrayals. We both work very hard in our recovery work individually, couples and in group. But the walls are finally down and we can truly love in truth and in spirit.

Thank you Vivian. I'm glad to

Thank you Vivian. I'm glad to hear the walls are down. That is a huge victory for you both and you should be very proud of the work you have put in to get there. Thank you for commenting on the blog and best wishes to you.

Your blog posts resonate so deeply

Your blog posts resonate so deeply with me, Jen, each and every one. Thank you for the honest, heartfelt words you share here in this space.

Thank you very much. I really appreciate that and I wish you well in your healing.