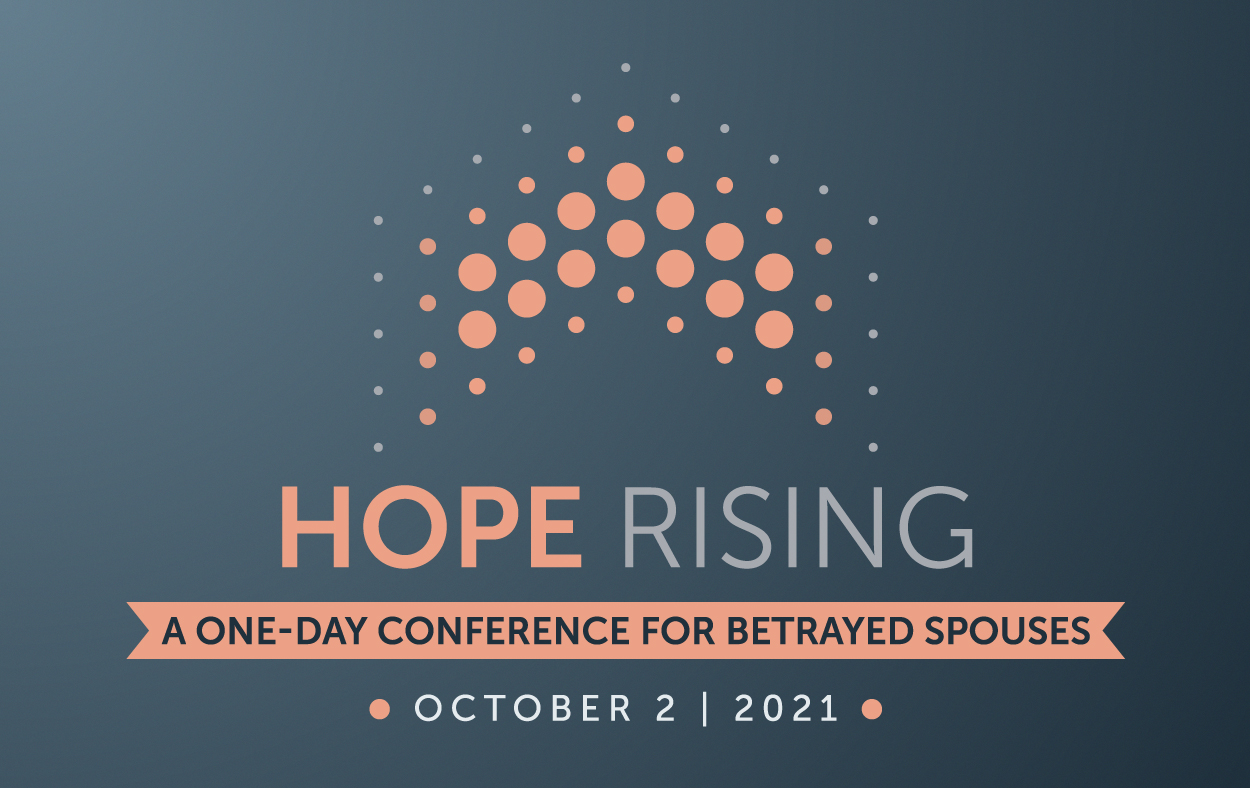 I want to invite all who have been betrayed to our Annual Hope Rising Conferences - on Demand, and gain momentum, strength, and community on your journey to wholeness.

I want to begin by stating that these factors are never an excuse for infidelity, nor does the absence of these factors eliminate the possibility of being unfaithful. With couples that remain monogamous, both parties work hard at maintaining their commitments.

There's no way to predict with certainty whether a specific individual is going to be unfaithful.

Responding to the statements in the quiz below will help identify attitudes and personality characteristics that increase an individual's vulnerability to opportunities for extramarital involvement.

Beliefs about monogamy, honesty, commitment, and infidelity can play a significant role in whether someone remains faithful or if they stray. There is a difference between someone who justifies what they've done and someone who makes excuses. When someone makes excuses, it means they know they've done something wrong and need an excuse such as, "I drank too much." Someone who justifies their actions may be revealing what their attitudes or beliefs have been concerning infidelity. If they believe marriage is supposed to meet their needs, then they'll be faithful as long as the marriage is making them happy. But if they hold that belief and they are miserable in the marriage, then it won't be long until the allure of something else will drag them away.

Beliefs about monogamy and commitment can even be influenced by events in your marriage. Your spouse's infidelity will most likely change how you view things. It could make you more committed to be faithful because you'd never want to do that to someone, which would make you less vulnerable. It could also destroy what you once believed was special, making you more vulnerable and allowing you to justify being unfaithful.

Sexual permissiveness is another factor that influences our beliefs. Redbook did a study on women's sexuality in 1975, surveying more than 100,000 women. Forty-eight percent of women whose first sexual experience occurred at age fifteen or younger were unfaithful. Only sixteen percent of women who had their first sexual experience at age twenty-one or later had been unfaithful.2

While this study didn't include men, it is possible that sexual permissiveness prior to marriage downplays the impact of infidelity. This isn't to say that if you were sexually permissive before marriage then you will cheat, but it does indicate you may be more vulnerable and need to protect yourself from high-risk situations and/or develop new beliefs about sexual intimacy in order to increase the value of sexual exclusiveness.

Humility inhibits opportunity for infidelity as pride generally precedes the fall. If someone believes they would never be unfaithful, then it's much easier to justify putting themselves in high-risk situations where something could happen. If you value your commitment and believe you could potentially be vulnerable, you're less likely to place yourself in a high-risk situation. I've never seen someone have an affair because they believe they are weak.

Affairs happen when someone places themselves in a situation that they believe they can handle.

A strong conscience also serves as an inhibitor but only as long as it kicks in before something happens. Feelings of guilt after the fact won't deter a thing, but feelings of guilt prior to a fall can help avoid a crisis.

Moral values serve as a stronger inhibitor than religious beliefs. Generally, people will violate the rules of right and wrong they've been taught at church before they will violate their own moral code. Devotion to one's mate also serves as a powerful inhibitor. Negative consequences, on the other hand, provide little motivation for faithfulness.

People with low self-esteem are more vulnerable than those with positive esteem. As Shirley Glass pointed out, spouses are more like magnifying mirrors and affair partners are more like vanity mirrors.3 Nothing helps boost someone's concept of self more than an affair. The affair partners typically affirm you and even build up your ego. The insecure person can be more susceptible due to that desire for affirmation.

Boredom can also make one vulnerable. If life feels dull and commonplace, you can be vulnerable to someone who "lights up" your world. But boredom isn't created by life's circumstances; boredom results from our lack of motivation. To this day, I can still remember my grandmother's response to my telling her I was bored: "Only boring people get bored." I've learned there's much truth in that saying.

Adrenaline junkies also tend to be vulnerable. If you're someone who craves excitement, then you're at risk. The pursuit of excitement can lead to infidelity as you pursue the next rush. Emotional numbness can act in much the same way. Like the adrenaline junkie, this person needs a high level of passion to feel something. The steady love of a long-term relationship doesn't possess the same level of passion created in a new romantic relationship. That desire to "feel alive" can create vulnerability.

Addictive personalities are also more vulnerable. Living on life's terms is not something addicts do well. Instead, they live for the next high. Falling in love is one of the most powerful highs of all. A desire to escape leaves the addict vulnerable as they search for their next high.

Past childhood sexual abuse can also create vulnerability. Abuse can leave a person feeling dirty and unworthy. If they enter the marriage with negative attitudes about sex or about themselves, their motivations in responding to their mate will likely be driven by a desire to do the right thing. The absence of natural desire leaves them operating out of will power, which eventually runs out. They can begin to feel resentful about their mate and become vulnerable to an affair.

If infidelity runs in your family-for example, if one of your parents was unfaithful-you may be more vulnerable. The example set by parents seems to somehow be passed on to their children. As Richard Rohr says, "Pain that's not transformed will be transmitted,"4 and that childhood trauma leaves you vulnerable.

Intimacy impairment can also make someone more vulnerable. Intimacy is a willingness to be authentic, both emotionally and physically. People who struggle with intimacy and attachment cringe when their mate moves toward them either emotionally or sexually. Some would rather take a beating than have to talk and be authentic. Others are repulsed at the thought of being sexual. For this person, the ease of intimacy created in a new romantic relationship is much more appealing than the destabilizing intimacy of marriage.

In extramarital relationships, vulnerability is almost always validated but, two-thirds of the time, intimacy in marriage creates short-term instability. Romantic uncommitted relationships are validating because both people want what they don't have and they look for the most positive perspective on what the other shared to help justify their pursuit of that person. In marriage we are tied together by the marital knot, and the desire of the pursuit no longer exists. Now we only see our differences and wonder why they can't get it and see it as we do. The ensuing dissatisfaction can make one vulnerable to someone they believe is more like them.


There are certainly more individual factors such as narcissism, life transitions, or the death of a parent, but at least this should give you the general idea.

None of the above listed items destine someone to be unfaithful, but they do increase vulnerability. Future safety in a marriage requires that both husband and wife be aware of their vulnerabilities and do what's necessary to decrease their risk. Denial of our personal vulnerability doesn't help monogamy.

Having a monogamous marriage requires both parties taking personal responsibility for doing whatever it takes to remain safe enough for their mate and the marriage.

For those who've already experienced infidelity in their marriage, a great place to start is our EMS Online course. It will help you walk through the pain as a couple while also helping you rediscover both your mate and, possibly, your marriage. I find that almost no one wants to return to the same old broken marriage.

Regardless of whether you use Affair Recovery as a resource, if you scored high on the vulnerability scale, please take it seriously. Don't allow yourself to place both your family and yourself at risk.

Affair Recovery Steps: How to Live Without Fear After Infidelity
Are You Vulnerable to an Affair?
Healing After An Affair: Emotional Flooding & Reminders
Why Couples Fail After an Affair | Part 3 - Hiding in Denial
Mental Health and Parenting: How to Support Yourself and Your Kids