Part 1: What Do You Need to Know?
Part 2: Poor Recovery Decisions of Unfaithful Spouses 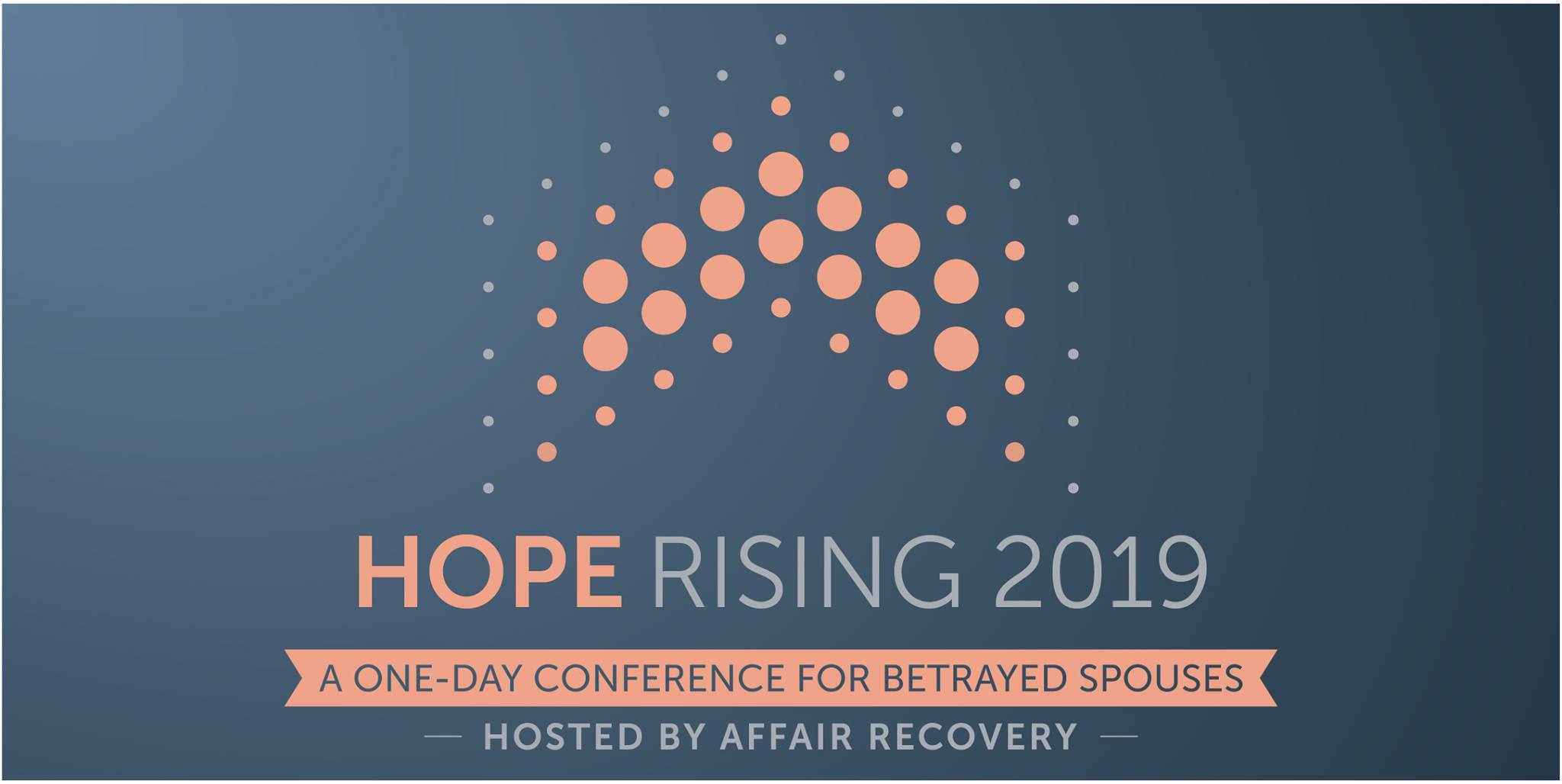 If you're the betrayed spouse, I want to invite you to our previous Hope Rising conferences now available On Demand. We have an annual one-day conference in Austin, TX where speakers will speak into your specific situation of infidelity and help guide you through the recovery process. It's not as hopeless as you think.

We've seen, time and time again, the important role that discovery plays in recovering from infidelity. Without full disclosure, the betrayed spouse is constantly replaying the story, trying to make sense of everything.

Unfaithful spouses, hear me when I say that this is absolute torture for your betrayed spouse. Each time they get new information—even a little piece of information—it takes them right back to square one, and it's as if they are hearing it all over again for the very first time. More than re-living the information, your spouse is re-living all the confusion, trauma, and turmoil associated with recovery after infidelity.

I thought it would be really helpful to hear what you had to say about discovery.

In response to the question "What did you not know that you needed to know after the infidelity came to light?" the answers from betrayed spouses fell into one of five categories:

I needed to know that I was not responsible for the betrayal. (27%)

Twenty-seven percent of women reported taking personal responsibility for their mate's infidelity. They reported difficulty in recovery because they were trying to fix something that, ultimately, they had little or no control over. This isn't to say that they were perfect in the marriage, but bad marriages are not the root of infidelity. Surviving infidelity, and ultimately thriving in the relationship, means each person has to take responsibility for how they are treating their mate. There are two people in every bad marriage and generally only one of them has an affair. Therefore, it's not the bad marriage causing the infidelity (even if the unfaithful mate is blaming the marriage or their spouse for their infidelity). In retrospect, these women felt their time would have been far better spent allowing their mate to take responsibility for their actions. In this category were comments such as:

I needed to know the truth about what happened. (21%)

Twenty-one percent of betrayed women felt their recovery would have been improved if their mate had answered their questions. This is supported by the statistic that couples who can talk about what occurred over a period of time have a far greater chance of surviving the affair. (You can read more about that research in our article, "Why Couples Fail After an Affair.") In order to restore trust in a relationship, the unfaithful spouse must first trust their mate with the information. Here are examples of these comments:

I needed to know why it happened and my mate's motivations for recovery. (17%)

Seventeen percent of women respondents said not understanding why it happened as well as their mate's motivations for recovery, made it difficult to determine whether it was safe to continue in the relationship. "Why" is a big question, and unfortunately it's the question for which the unfaithful spouse is least likely to have the answer. In the early stages of recovery, all you're likely to get are justifications. It will take some infidelity-specific work to help them uncover why they were unfaithful and to correctly align their motivation for recovery. The fears of our respondents were summed up with statements like these:

I needed to know what to expect on the journey to recovery and that there was hope. (16%)

The fourth most common response by 16% of betrayed women was that they wished they had realistic expectations going into recovery and knew that there was actually hope to be found. The intensity of the pain and the disorientation created by infidelity left them out of touch with reality. Simply knowing that what they were going through was normal would've been helpful. Understanding what to expect would have minimized some of the collateral damage they experienced. They also reported that knowing there was hope for recovery would've prevented them from saying and doing things that were so destructive. In relation to surviving infidelity, for example, one person wrote, "I wish I had known that recovery was possible and that we would try to work things out down the road. Knowing that would have helped me avoid some of the terrible things I said to him and wrote to him. Also, that the more I wrote to him, the more I pushed him away. I so wanted him to hurt like I did, and I let him have it! I wish I had been softer, less 'out there' with my feelings."

I needed to know the necessary steps to move forward in the most productive way possible. (15%)

The final significant challenge for the women was not knowing at the time of discovery what steps to take in order to move forward in the most productive way possible. Not knowing what to do kept them stuck longer than was necessary. There comes a point in recovery, after making a few mistakes and feeling the sting of moving backwards, where fear begins to immobilize you. You are miserable where you are but terrified to move in any direction. What if that's the cliff's edge? These women needed trustworthy guidance from others who have recovered themselves and know what productive recovery looks like. Here were some of the comments:

We found it interesting that the needs were the same for betrayed men, although the importance of each category changed a bit. The ranking of the top five categories for men are:

24% I needed to know the truth about what happened.

21% I needed to know why it happened and my mate's motivations for recovery.

19% I needed to know that I was not responsible for the betrayal.

16% I needed to know the necessary steps to move forward in the most productive way possible.

14% I needed to know what to expect on the journey to recovery and that there was hope.

Below, you'll see Samuel interview two betrayed men who share their own experiences, what they needed desperately from their spouse, and their own individual outcomes. It's vital for survivors of infidelity to feel heard and validated in their pain. While not always easy for men to express their needs and pain, we're confident you'll hear their raw courage shine through the interviews.


Surviving infidelity is a tough road but one that is definitely possible. It is a tragedy for people to remain in the pit of despair created by infidelity when rehabilitation is possible. If you are new to recovery, I hope you'll learn from the experiences of those who've gone before and found healing. There's no doubt that we can learn from their lessons today and get on the path to healing much sooner. Now that you have this list of the top five things our readers wish they had known as a starting point, seek help that addresses these concerns.

If you're not sure how to begin, try our First Steps Bootcamp. It will walk you step by step through the early stages of recovery. If you want more direct help or if you have been in recovery for a while and are just feeling stuck, please don't stay there. Join an EMS Online class and get on the path to healing.

The easiest–and cheapest–way to start on this journey is to take our free First Steps Bootcamp. It's an online guide with 100+ pages of content and a full-length video of a mentor couple who was in as big of a mess as it can get. You'll take a big sigh of relief when you have a clear plan and learn that you're neither crazy nor alone in this journey, whichever side of the infidelity you find yourself on.

How to survive an affair – How much should I share with my spouse?
Am I Who They Want?
20 Most Common Mistakes of the Unfaithful Spouse
Revenge: Responding to an Affair
Social Shame: Surviving Infidelity Isn’t Enough